as a sellout and we raised over $6K. So let’s do it again! Seating is limited so make your donation today.

To reserve your seat simply CLICK HERE and make a $50, or more, donation per person. Your name will be added to our guest list.

This fall it will have been 15 years since I first heard the words ‘Parkinson’s disease’ as they pertained to me. The neurologist said something like, “I can’t be sure, but you may have Parkinson’s disease.” To which  I replied, “huh?”

Looking back, the symptoms first appeared about two years earlier. And it would be another year before I was examined by a movement disorder specialist for the final authoritative, “You have Parkinson’s disease.”

Today I am proud to be playing a part in the fight against Parkinson’s disease. As Team Fox members, Josa and I will be hosting the second annual Poets for Parkinson’s fundraiser. And we’ll be asking friends and family for support. Taking on the challenge of this fundraising endeavor is both exciting and inspiring. I am making a commitment to raise funds and awareness for Parkinson’s disease (PD). I am dedicating my efforts to The Michael J. Fox Foundation because I believe that I am helping to ultimately shorten the road to a cure.

Over five million people worldwide are living with Parkinson’s disease (PD) — a chronic degenerative neurological disorder whose symptoms typically progress from mild tremors to complete physical incapacitation. In the United States, 60,000 new cases of PD will be diagnosed this year alone. While the average age of onset is 60, an estimated five to 10 percent of people with PD experience onset at age 40 or younger.

I’m asking for your support in our race to put an end to PD.  This year our goal is to raise $7,000. Please help me reach my goal by making a contribution now. Donations are tax-deductible to the full extent allowed by law and can be made payable to The Michael J. Fox Foundation for Parkinson’s Research. You can visit my Team Fox fundraising page at http://www2.michaeljfox.org/goto/p4p to make a secure gift online. I invite you to join me in making a difference in the lives of those living with Parkinson’s disease. Thank you. 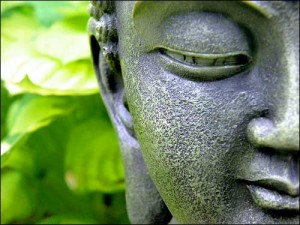 Join us for a day of exploration into the Shin tradition of Buddhism, the practice of living a Dharma life that emphasizes entrusting ourselves to the realization of boundless compassion. This special program of dharma talks and practices as well as group discussion will cover a variety of topics including the following:

To reserve your seat simply CLICK HERE and make a $40 (or more) donation per person. Your name will be added to our guest list.

For tickets go to  TEAM FOX Poets for Parkinson’s  >>

Poet, sculptor, and musician Andy Weatherwax of East Hampton will debut his new collection of poems and prose, Renegade Pinky, as part of Poets for Parkinson’s fundraiser for Team Fox—the grassroots community fundraising program at The Michael J. Fox Foundation.

The event will include readings from Renegade Pinky and other works by Weatherwax and the acclaimed poetry group The Meeting House Poets.

Tickets are available: $40 per person